Lauded by livability.com as one of the best places to live in America, Knoxville, TN lives up to its nickname of “Scruffy City.” With an economy held up by the University of Tennessee, a strong healthcare network, a revitalized downtown, and a lauded public school system comparable to others in surrounding markets, Knoxville landed at #57 on the 2019 Livability list of the Top 100 Best Places to Live. That’s ahead of both Chattanooga (#64) and Nashville (#84).

According to REIS, Knoxville boasts the fifth fastest rent growth rate in the nation for the first quarter of 2019. The city ranks second for rent growth in the South Atlantic region, with Charleston in first place. The average asking rent in Metro Knoxville is $771 and has risen for six consecutive quarters. REIS indicators expected the average asking rent to finish 2019 at $793. 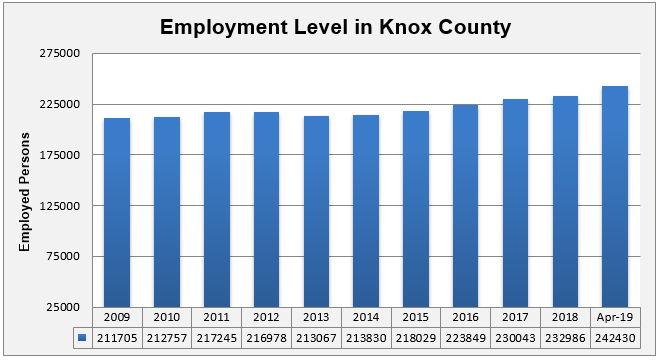 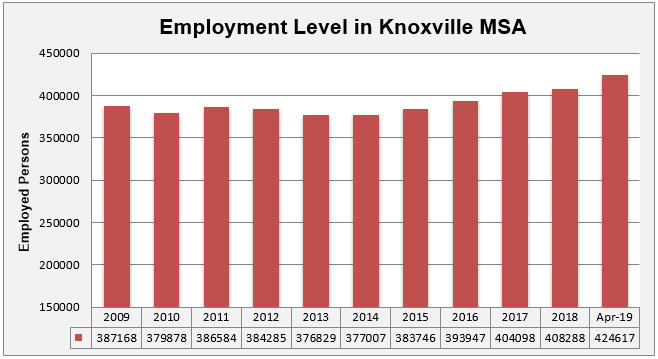 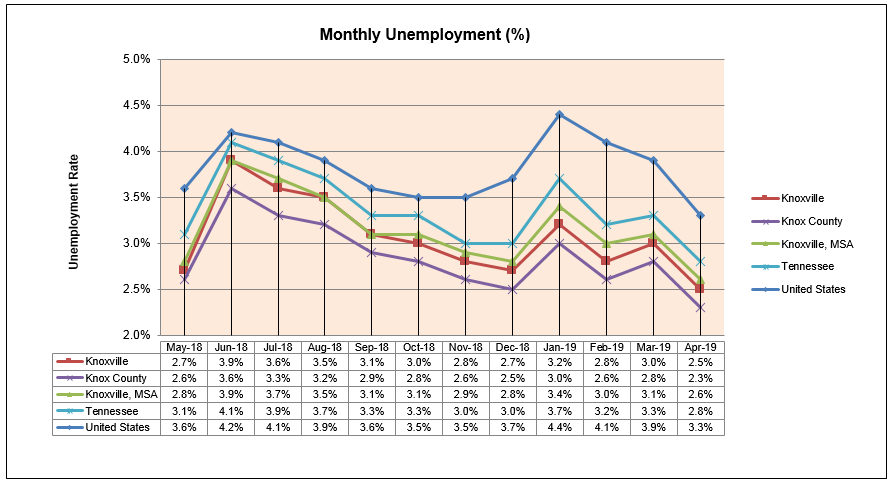 In conjunction with the high employment, the county has seen a rise in the per capita income level. The Bureau of Economic Analysis reports that Knox County residents had $48,160 per capita income in 2017, a full $2,463 above the state level.

Consequently, the multi-family dwelling market is making tremendous momentum. A stable market, Knoxville has enjoyed strong occupancy and absorption rates over the last three years. According to REIS, there were 11 deals made for multifamily apartment complexes for a grand total of $153.9 million. That works out to $89,000 per unit with a mean cap rate of 7.5%. Over the past decade, approximately 5,536 multifamily units were introduced to the market area. As of April 2019, the Office of Policy Development and Research at HUD estimates there have been 424 multifamily units permitted that year.

The market demand for new multifamily units has been strong over the last couple of years. Because of this, there could be some slight increase in vacancy over the next one to three years. Nonetheless, as higher quality assets are delivered to the Knox County market, absorption rates have been within reason and rent growth has seen a definite uptick. With the US Census Bureau projecting an 0.94% increase in population, the multifamily market in Knox County should continue to thrive in the future.